It is hard to say which is more important when you have adrenal fatigue – what to eat or what not to eat! Eating the wrong foods or combination of foods can throw you off for hours and even days, so do not event try to sneak something by; it is just not worth the price you have to pay. Make regaining your health a major priority and do not sacrifice it for the cheap gratification of a favorite, but unhealthy, food or drink. Pick the foods that are recommended for adrenal fatigue and stick with them. The further you deviate from them, the more problems you are likely to have and the more difficult it will be to balance your body chemistry. In order to heal and maintain your health, you need to stack as many things in your favor as possible.

Eliminate All Foods to Which You Are Allergic, Sensitive or Addicted

If you think that a particular food substance interferes in any way with achieving your optimum health, eliminate it immediately. If you suspect, but do not know which foods or beverages you are allergic, sensitive or addicted to, then it is important to find out. The adrenals are extremely important in all allergies, including food allergies and sensitivities. As your adrenal function improves, you will be less prone to allergies and will be able to eat more things. However, for the first three months, do not push the envelope. Completely eliminate all the foods you are sensitive to or suspect you are sensitive or allergic to. The idea is not to see how far you can test the limits; the idea is to get yourself well.

Role of Allergies in Adrenal Function 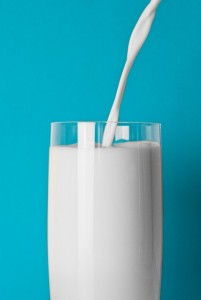 Most allergies involve the release of histamine and other pro-inflammatory substances (substances that produce inflammation). The adrenal hormone, cortisol, is a strong anti-inflammatory (a substance that reduces inflammation). Your circulating level of cortisol is the key factor in controlling the level of inflammatory reactions in your body. For this reason, your adrenal glands play an important role in mediating the histamine release and inflammatory reactions that produce the symptoms experienced with allergies. It is therefore not surprising that people with food and environmental allergies commonly have weak adrenal function.

Most symptoms of allergies or food sensitivities are first felt between thirty minutes and three hours after the meal, but some may be delayed as long as two to three days.

Because of the abundance of histamine receptors in your brain, an allergen will often cause a greater reaction in your nervous system than it does anywhere else. Ranging from subtle to profound, these cerebral allergy reactions can include such symptoms as a cloudy head, confusion, sudden awkwardness, loss of consciousness, coma and occasionally death.

Responses to particular foods and drinks vary from person to person but there are some food substances that tend to produce allergies more frequently. The most common food allergens are the proteins in cow’s milk, eggs, peanuts, wheat, soy, fish, shellfish, and tree nuts. Sugar is not a common allergen, but it can greatly increase an allergic reaction. If you find yourself feeling odd or experiencing more of the signs and symptoms of adrenal fatigue after eating, think of allergies or food sensitivities.

Allergic reactions also vary in magnitude, even within the same individual. At one a time an allergen may produce only a small response, and at other times be incapacitating. It is important to track down and eliminate these food sensitivities and allergies in order to help you adrenal glands recover.