Adrenal hormones like cortisol play an important regulatory role in the immune response. So when the adrenals are fatigued, decreased adrenal hormone production may contribute to decreased immune function, with consequent increased susceptibility to infectious illness. This may be why people experiencing low adrenal function tend to have a propensity toward illness, especially respiratory infections.

The reciprocal is also true; chronic, recurring or severe illness – particularly bronchitis, pneumonia or other respiratory infections – can contribute to fatiguing the adrenals, and is one of the commonly overlooked sources of stress contributing to persistent adrenal fatigue. The more severe the infection, the more frequently it occurs or the longer it lasts, the more likely it is that it is draining adrenal resources and affecting adrenal function.

Your adrenal glands can become fatigued after just one single episode of a particularly nasty infection, or they can gradually fatigue over time with prolonged or recurrent infections. If there are other concurrent stresses, such as an unhappy marriage, poor dietary habits or a stressful job, the cumulative burden on the adrenals is greater.

The effect severe infection can have on the adrenal glands was dramatically demonstrated by autopsy results following the 1918 influenza epidemic. In almost 90% of victims autopsied, the infection had actually damaged the adrenal glands. It is not that the adrenals were infected, per se, but that the extreme stress response they made to the infection and their effort to restore homeostatic balance to the body led them to a degree of exhaustion that was physically detectable upon autopsy.

The connection between the adrenal glands and the lungs is so strong that proper fetal lung development depends on the presence of adequate amounts of cortisol in the womb. Recurrent respiratory infections are one of the most significant body burdens fatiguing the adrenals, so it is often necessary to treat the infection before the adrenals can function optimally. In turn, when adrenal function is optimal, it can help facilitate healthy immune resistance to better deal with recurrent infections. 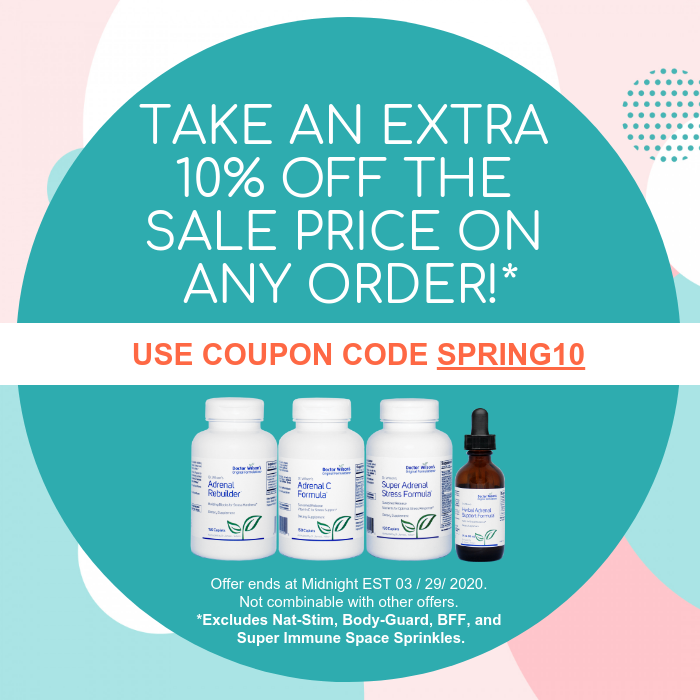