The adrenal hormone cortisol is the body’s best anti-inflammatory. Because cortisol is low in adrenal fatigue, inflammatory eye conditions such as iritis, uveitis, and dry eyes can worsen with adrenal fatigue. Cataracts aren’t directly related to adrenal fatigue, but some people with lowered adrenal function or inflammatory conditions are prescribed glucocorticoids—synthetic drugs such as prednisone that mimic cortisol. These drugs can cause a particular type of cataract, a steroid cataract. In addition, these synthetic steroids have the possibility of increasing pressure in the eye which could predispose someone towards glaucoma.

Question: I’ve been off and on the protocol for a couple of years. When I stop it, I notice that the fatigue comes back, although not nearly as severe as it was years ago. Will I need to be on this for the rest of my life? Can I recover fully? Does the amount of time it takes to recover depend on the severity of the adrenal fatigue and how long it went untreated?

Good question: One of the biggest problems I encountered in my practice while working with patients with adrenal fatigue is that as they started to feel better, they would think that the supplements were no longer necessary. They would try and discontinue them too soon and then would be back in my office with the same problems as before. People vary in the time it takes their bodies to recover. Often, someone begins to feel better within a few weeks or months, but typically, it takes someone about 6-9 months to fully recover from mild adrenal fatigue, 12-18 months for moderate adrenal fatigue, and sometimes it can take 2 years or more to fully recover from severe adrenal fatigue. If you continue to be under extreme stress, you may need to support your body for a longer period of time. However, barring an extreme circumstance, you should not need to be on supplements that support your adrenals for the rest of your life.

Recovering from adrenal fatigue takes time, but it is possible. Good luck! 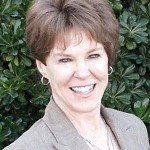 About the Author: Dr. Lise Naugle is an associate of Dr. James L. Wilson. She assists healthcare professionals with clinical assessment and treatment protocols related to adrenal dysfunction and stress, and questions regarding the use of Doctor Wilson’s Original Formulations supplements. With eleven years in private practice and a focus on stress, adrenals, hormonal balance and mind-body connection, she offers both clinical astuteness and a wealth of practical knowledge. Dr. Naugle also maintains updated information about the latest scientific research on the hypothalamic-pituitary-adrenal axis function, endocrine balance and nutritional support for stress and develops educational materials about stress and health for clinicians and their patients.

Categorised in: Your Questions on Adrenal Fatigue & Stress