Both stress and adrenal fatigue can contribute to hypoglycemia (low blood sugar) because of the key roles the adrenal hormones epinephrine, norepinephrine and cortisol play in blood sugar regulation. Stress (and the anticipation of stress) signals the body to raise blood sugar (glucose) levels in order to generate energy to respond to the stress. If the body cannot meet this higher demand for blood glucose, hypoglycemia can result.

Stress may also provoke blood sugar swings that can have a cumulative effect on the body’s ability to maintain blood sugar balance, and aggravate hypoglycemic symptoms. In fact, some of the symptoms of hypoglycemia, such as irritability and nervousness, may sometimes be the effects of high levels of stress hormones rather than of the low blood sugar itself.

Hypoglycemia commonly occurs during adrenal fatigue when low epinephrine, norepinephrine and cortisol are combined with the high insulin levels of stress. The low levels of adrenal hormones that can occur during adrenal fatigue may fail to raise blood glucose enough to meet the increased demand. As a result, the cells do not get the glucose and other nutrients they require, and the person may crave sugar as well as feel tired, shaky and weak.

Circulating epinephrine, norepinephrine and cortisol help the liver convert glycogen (stored glucose) into active blood glucose which is necessary for energy production. Their presence also facilitates the conversion of fats, proteins and carbohydrates into glucose (gluconeogenesis). These reserve energy pools largely controlled by adrenal hormones are critical to achieving and maintaining normal blood sugar levels, and thus energy levels, especially during stress. Without adequate adrenal activity to prompt the conversion of glycogen, fats, proteins and carbohydrates into new glucose supplies, this increased demand for higher blood glucose levels is difficult or impossible to meet.

People with adrenal fatigue are in a real bind because when they are under stress (even a mild stress such as a math exam or an argument at home), demand for blood glucose increases, but their fatigued adrenals have difficulty producing enough of the necessary hormones to generate higher glucose levels from reserves. Further complicating this matter is that during stress, insulin levels are increased because the demand for energy in the cells is greater.

Insulin opens the cell wall membranes so the cells can take in more glucose for fuel to generate energy. Cortisol normally helps create insulin resistance in the cell membrane to slow the flow of glucose from the blood into the cell. This helps protect the cells from detrimental effects of too much glucose and the body from too rapid a decline in blood sugar. When cortisol is low, as it can be during adrenal fatigue, there is less inhibition of this process, further reducing immediately available energy supplies (blood glucose).

In the presence of increased insulin and decreased epinephrine, norepinephrine and cortisol, blood sugar drops rapidly. If this happens at the same time as an increasing demand for glucose, then further difficulties may arise from this energy fuel shortage. Without adequate available energy, every energy-requiring mechanism of the cell slows dramatically. When this coincides with an electrolyte imbalance (resulting from decreased aldosterone and other adrenal hormones) the cells can be in crisis.

As fuel and electrolytes once again become available and cellular stress decreases, the damaged cells must be repaired or replaced. However, the reactivation of normal cell functions is an energy consuming series of events that uses up additional energy, at a time when energy production is hampered by adrenal fatigue.

Typically in our society, people handle their adrenal fatigue related hypoglycemia symptoms with a double-edged sword – they eat something sweet with a coffee or cola. This is a short-term emergency remedy that temporarily increases blood sugar with nearly immediate impact. They can almost feel it hit the back of the brain as their blood sugar moves out of the basement and shoots for the stars, relieving their hypoglycemic symptoms for about 45-90 minutes.

However, this is inevitably followed by a precipitous plunge back to even lower blood sugar levels than they started with. Many individuals do this day in and day out, not realizing that hypoglycemia itself is a significant stress on the entire body, and especially on the adrenals. With each plunge their adrenal fatigue can increase and their hypoglycemia may worsen.

To the body, hypoglycemia is a strong stressor, an emergency call to action that can further drain already fatigued adrenals. People who treat their hypoglycemia with sweet snacks and caffeine are on a constant roller coaster ride throughout the day, with their blood sugar erratically rising and then falling after each “sugar fix.” This throws not only adrenal hormone and insulin levels into turmoil, but may also affect the nervous system and the entire homeostasis of the body.

Therefore, by the end of the day, the person may feel nearly exhausted without having done anything. It might take an entire evening or weekend to recover from this daily/weekly roller coaster ride. It has sometimes been characterized as driving with both the brakes and the accelerator pushed to the floor at the same time.

Low blood sugar times are most likely to occur at around 10:00 AM, 2:00 PM, and from 3-4:00 PM. The old Dr. Pepper commercials had this pattern of hypoglycemia pegged when they created the slogan encouraging people to have a Dr. Pepper (high in sugar and caffeine) at “10, 2 & 4 each day.” It is not by accident that work breaks are scheduled at about these times or that people typically have something sweet and/or caffeine during these breaks. We have become a nation of hypoglycemics. Sixty percent of people suffering from hypoglycemia go on to become diabetics, so is it any wonder that we also have a nation suffering from diabetes in epidemic proportions?

The brain also requires increased energy during times of stress and is especially affected by a lack of glucose (its main fuel). In fact, most of the mechanisms involved in regulating blood sugar are designed to ensure that the brain always has adequate glucose with which to function. Many of the symptoms of adrenal fatigue and most of the symptoms of hypoglycemia are the result of insufficient glucose available to brain tissues.

Hypoglycemia, without proper snack and meal placement, also encourages overeating when food is available. This overeating can result in unwanted weight gain because the increased levels of insulin circulating in the blood usher that excess energy (glucose) from the extra food into the fat cells where it is stored as fat. Even though the effects (weight gain) of this process may be undesirable, this is a beautiful and savvy compensatory mechanism that has helped us survive. Much of human history is a story of feast or famine; excess calories are a luxury in evolutionary terms.

Therefore, after coming out of a situation of temporary famine (hypoglycemia) into a situation of excess calories (fat and sugary junk food), our evolutionary history urges us unconsciously to overeat. Our bodies are designed to store that energy while it is available. In this way, hypoglycemia creates a tendency to put on weight. To avoid gaining weight, those low blood sugar dips that increase hunger and also create a tendency to store energy as fat must be avoided.

This means regular exercise and eating the kinds of meals and foods that control hypoglycemia. It also means eating regular meals and not eating those sugary foods and caffeine that send blood glucose levels on a roller coaster ride and possibly worsen adrenal fatigue and hypoglycemia. Hypoglycemia often has a food sensitivity or food allergy component. Consuming something that the body is sensitive or allergic to can set off a hypoglycemic reaction or make blood sugar levels more erratic.

Blood sugar balance is a very complex process in which all of these factors and more can combine to produce low blood sugar (hypoglycemia) during stress and/or adrenal fatigue. In turn, hypoglycemia and the behaviors and problems that may accompany it can further stress the adrenal glands and contribute to adrenal fatigue. 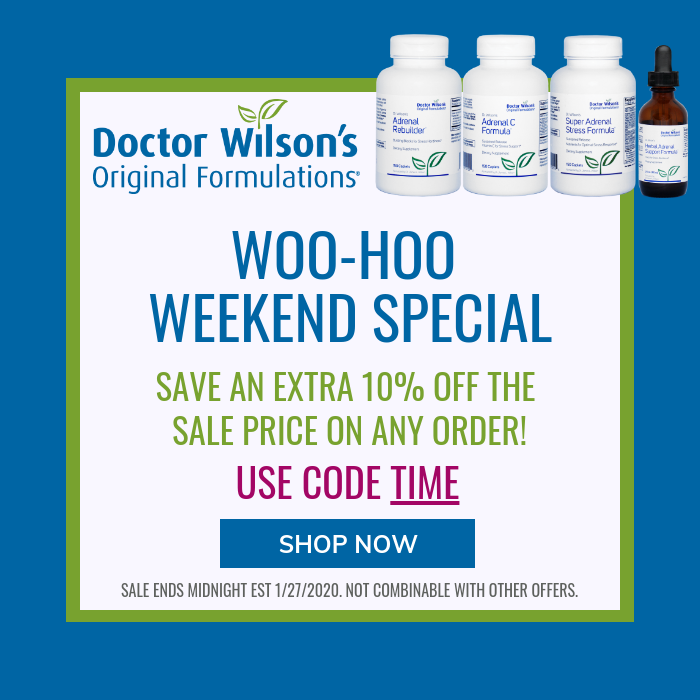