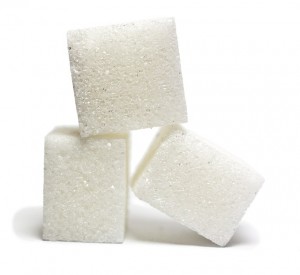 When blood glucose levels rise after a meal, the pancreas releases insulin into the blood. Insulin and glucose then travel in the blood to cells throughout the body.

The pancreas contains clusters of cells called islets. Beta cells within the islets make insulin and release it into the blood.

What is insulin resistance?

Insulin resistance is a condition in which the body produces insulin but does not use it effectively. When people have insulin resistance, glucose builds up in the blood instead of being absorbed by the cells, leading to type 2 diabetes or prediabetes.

Most people with insulin resistance don’t know they have it for many years—until they develop type 2 diabetes, a serious, lifelong disease. The good news is that if people learn they have insulin resistance early on, they can often prevent or delay diabetes by making changes to their lifestyle.

What happens with insulin resistance?

In insulin resistance, muscle, fat, and liver cells do not respond properly to insulin and thus cannot easily absorb glucose from the bloodstream. As a result, the body needs higher levels of insulin to help glucose enter cells.

The beta cells in the pancreas try to keep up with this increased demand for insulin by producing more. As long as the beta cells are able to produce enough insulin to overcome the insulin resistance, blood glucose levels stay in the healthy range.

Over time, insulin resistance can lead to metabolic syndrome, type 2 diabetes and prediabetes because the beta cells fail to keep up with the body’s increased need for insulin. Without enough insulin, excess glucose builds up in the bloodstream, leading to diabetes, prediabetes, and other serious health disorders.

Some experts believe obesity, especially excess fat around the waist, is a primary cause of insulin resistance. Scientists used to think that fat tissue functioned solely as energy storage. However, studies have shown that belly fat produces hormones and other substances that can cause serious health problems such as insulin resistance, high blood pressure, imbalanced cholesterol, and cardiovascular disease (CVD).

Many studies have shown that physical inactivity is associated with insulin resistance, often leading to type 2 diabetes. In the body, more glucose is used by muscle than other tissues. Normally, active muscles burn their stored glucose for energy and refill their reserves with glucose taken from the bloodstream, keeping blood glucose levels in balance.

Studies show that untreated sleep problems, especially sleep apnea, can increase the risk of obesity, insulin resistance, and type 2 diabetes. Night shift workers may also be at increased risk for these problems. Sleep apnea is a common disorder in which a person’s breathing is interrupted during sleep. People may often move out of deep sleep and into light sleep when their breathing pauses or becomes shallow. This results in poor sleep quality that causes problem sleepiness, or excessive tiredness, during the day.

Many people aren’t aware of their symptoms and aren’t diagnosed. People who think they might have sleep problems should talk with their health care provider.

How does insulin resistance relate to type 2 diabetes and prediabetes? 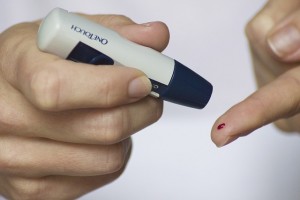 Studies have shown that most people with prediabetes develop type 2 diabetes within 10 years, unless they change their lifestyle. Lifestyle changes include losing 5 to 7 percent of their body weight—10 to 14 pounds for people who weigh 200 pounds—by making changes in their diet and level of physical activity.

What are the symptoms of insulin resistance and prediabetes?

Insulin resistance and prediabetes usually have no symptoms. People may have one or both conditions for several years without knowing they have them. Even without symptoms, health care providers can identify people at high risk by their physical characteristics, also known as risk factors.

People with a severe form of insulin resistance may have dark patches of skin, usually on the back of the neck. Sometimes people have a dark ring around their neck. Dark patches may also appear on elbows, knees, knuckles, and armpits. This condition is called acanthosis nigricans.