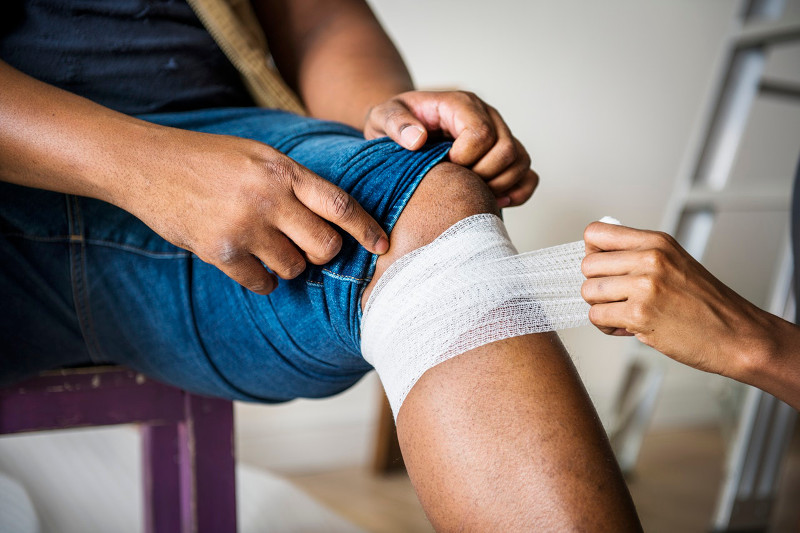 Stress is an unavoidable and unfortunate part of life that we all must deal with daily. While many side effects of stress such as anxiety, fatigue, and sleep problems may be obvious, wound healing may not be the first thing that comes to mind when we think of stress. However, stress has a deep impact on tissue health, including your body’s ability to heal.

Whether it’s the result of an injury or surgical procedure, wound healing is a vital process of the body. The wound healing process is also very intense and requires lots of resources from your body. During stress, these resources are diverted away to deal with the stress and return the body to homeostatis. When stress becomes chronic, other processes in the body, like wound healing, digestion, and immune defense, suffer.

Chronic stress can also lead to a higher level of circulating cortisol in the body. In humans, a higher morning-time cortisol secretion the day following medical tests were linked with greater perceived stressed and stalled wound healing. Moreover, surgeries can be stressful themselves, further adding to your overall stress load.

Studies show that the correlation between stress and wound healing is both statistically significant as well as clinically relevant. In a study involving 111 patients undergoing gallstone removal surgery, those who reported more stress on the third day after surgery had a longer hospital stay, compared to patients who had a less anxious stay.

Another study showed that of 309 patients who underwent an elective coronary artery graft surgery, patients who were more optimistic were less likely to be re-hospitalized than patients who were pessimistic of the procedure. Even when this study was replicated later with a batch of 72 patients, the individuals that suffered from more depressive symptoms were shown to have more infections and poorer wound healing in the 6 weeks following the surgery.

Increased susceptibility to infection is another effect of stress. A study which involved mice exposed to stress had a 2-5 log increase in opportunistic bacteria such Staphylococcus aureus, compared to the control mice not exposed to stressors. Even a week after the initial wounding, 85.4% of restraint-stress mice had bacterial counts predictive of infection, vs. 27.4 of controls.

More testing on mice showed that restraint stress can further promote wound hypoxia, a condition that occurs when the blood vessels are damaged during wounding, thus decreasing oxygen availability. This imbalance in oxygen homeostasis leads to longer healing times.

Another study done between couples who were administered experimental dermal blister wounds then engaged in 30-minute discussions showed that couples who participated in a conflictive interaction healed more slowly than couples who had a relatively neutral or non-conflictive interaction. The couples with higher stress levels showed signs of lower levels of pro-inflammatory cytokines in the wound fluid. Couples that were considered highly hostile healed at only 60% the rate of low-hostility couples, showing that not only everyday stressors, but also anger control, social interactions, and behavioral patterns can alter immunity and tissue healing.

While living a completely stress-free life may feel impossible, there are plenty of things you can do to get on the right path and better manage stress, even when it’s unavoidable. It’s especially important to take care of your stress levels when you are recovering from an injury or surgery to aid in a speedy recovery. Make sure you’re getting adequate sleep, eating healthy, not abusing drugs or alcohol, and generally trying to focus on the positive.

Categorised in: Effects of Stress