Stress, Cortisol and the Immune System: What Makes Us Get Sick? 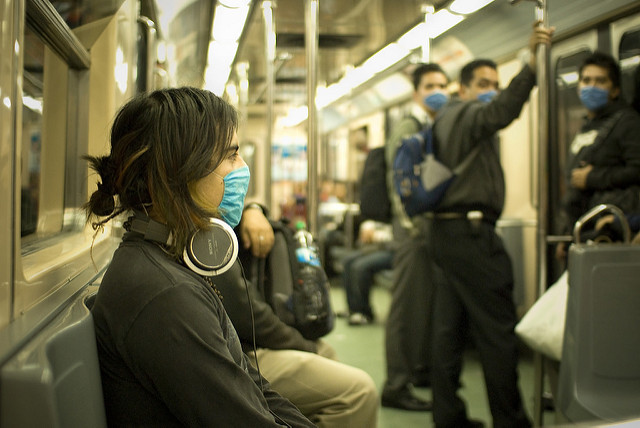 The Case of the Poor Student: Sick after Exams
It’s happened to all of us, in some form. Here’s how it happened to Tom: he was staying up late for the last two weeks cramming for his barrage of final exams, and finally his last exam was over. After one more late night—this time partying—he woke up with that all-too-familiar soreness in his throat, along with that annoying stuffy nose. “Great,” he thought. “I’m sick in time just for Christmas shopping. Must be that pesky cold bug going around again.”

Hormones—Not Just for Sex
Hormones, better known as the “chemical messengers of the body”, are released by specialized organs (called glands) during certain events. Although their “reputation” in the general public is that they deal with sex-specific behaviours, hormones have several roles in the body. One of the best known hormones is insulin, which is released by the pancreas into the blood; it acts as a messenger, telling the cells in your body to start taking in glucose (a type of simple sugar). One of the chief hormones released under stressful conditions is cortisol.

Released by the kidneys, it helps mobilize the body into a “fight-or-flight” mode by causing increased blood pressure, heart rate, and sugar breakdown. Think of the last time you were in a stressful or nervous situation; can you remember your heart racing? Another interesting property of cortisol is that it acts as an anti-inflammatory signal, meaning that it acts as an “off switch” for your immune system, helping prevent the inflammatory response described earlier.

Cortisol, a Stress Hormone
Since its initial discovery by Hans Selye in 1907, cortisol has been the subject of many studies, yielding several different conclusions. Initially, it was found that elevated levels of cortisol were associated with elevated levels of stress, and it was thought that cortisol was released as a cause of stress, as described earlier. However, later studies showed a negative relationship between stress and cortisol levels; they found lower cortisol levels in people living under highly stressful circumstances. How could this be?

When the results of these experiments were further analyzed, scientists found startling relationship. With experiments where participants were subjected to conditions of acute stress (shorter duration), like speaking in public, or being suddenly startled, cortisol was found to be in elevated levels. However, when participants were under conditions of chronic stress (longer duration), like divorce or unemployment, scientists found lower levels of cortisol. This caused them to believe that maybe the relationship between stress and cortisol levels wasn’t so simple. More evidence continued to support the claim that acute stress caused sudden elevation in cortisol levels; if this stress continued, cortisol levels would decline. What implications does this have for Tom’s situation described earlier?

How Cortisol Affects our Immune System: The Traditional Theory
As mentioned earlier, stress is thought to have an immunosuppressive impact on the immune system, mediated through cortisol. Thus, if someone is subjected to a certain stressor, their immune system would be temporarily “shocked”, and pathogens would have a relatively easier time entering and proliferating (growing) within the body. This would result in that person having a greater chance of getting “sick”. Although this theory explains how stress may affect our immune system, perhaps it’s not so simple. It doesn’t explain how for most people, it’s not until the stressor is removed that symptoms of the inflammatory response begin to manifest. Growing evidence is showing support for an alternative theory—one that suggests that inflammation is a result of cortisol dysregulation.

How Cortisol Affects our Immune System: An Alternative Theory
Perhaps the symptoms experienced by Tom described earlier weren’t a result of pathogen presence, but rather a result of faulty cortisol regulation? Note that in his case, Tom didn’t get sick while studying for exams, but rather after his last exam was finished–not until his stressor was removed. Since he was placed in a stressful situation, his kidneys were constantly releasing cortisol, suppressing his immune cells (so he’d see no signs of the inflammatory response). Over the course of his exams, his immune cells would constantly be receiving this anti-inflammatory signal, but what happened the stress was suddenly removed, cortisol levels suddenly dropped, and the anti-inflammatory signal went away? Maybe the sudden drop in cortisol’s anti-inflammatory signaling is enough to manifest the inflammatory response?

What happened to Tom may have been a combination of things. The stress onset may have caused his cortisol levels to rise, suppressing his immune system. In its weakened state, he may have been exposed to a variety of pathogens, which were then able to enter and proliferate within his body. Although this pathogen may have been present, his immune system was also constantly being signaled by cortisol to suppress inflammation, explaining why he didn’t see any symptoms during his exams. However, after his exams were over, the combination of pathogens living in his body along with absence of the anti-inflammatory signal may together have caused him to experience symptoms of the inflammatory response—sore throat, stuffy nose, and fever. It may very well be that a combination of both Tom’s mental state of stress along with exposure to pathogenic agents that caused Tom to “get sick.”

A Problem in Science: Lack of Integration
Pathogenic mediation of the inflammatory response is a widely understood principle, but hormonal—specifically hormones pertaining to mental state—control of bodily processes is still not completely understood. Perhaps this is because of the nature of the field. The traditional science disciplines generally tend to be reductionistic, focusing on certain reactions or mechanisms. However, there are many phenomena that cannot be explained within the context of one scientific field in isolation; like how your mental state influence your immune system functioning. In the field of psychoneuroimmunology, questions cannot be answered by looking specifically at immunology or specifically at psychology, but require people to integrate over a variety of scientific disciplines, which may explain why the field is still relatively new.

Implications—What Does this Mean for Me?
From an evolutionary standpoint, the delayed inflammatory response caused by cortisol’s immunosuppressive properties would be advantageous over those without this delayed response, even in the context of Tom’s case. Which would you rather happen? Would you rather combat sickness amidst tackling a barrage of exams? Or would you rather be able to study for exams without showing any signs of being sick, and deal with it after exams are over? If your life depended on getting good grades, the choice would be obvious.

*This piece was originally published by Alvin Lim in The Science Creative Quarterly. Accessed 9/23/14 http://www.scq.ubc.ca/stress-cortisol-and-the-immune-system-what-makes-us-get-sick/