To Salt or Not To Salt? That Is The Question 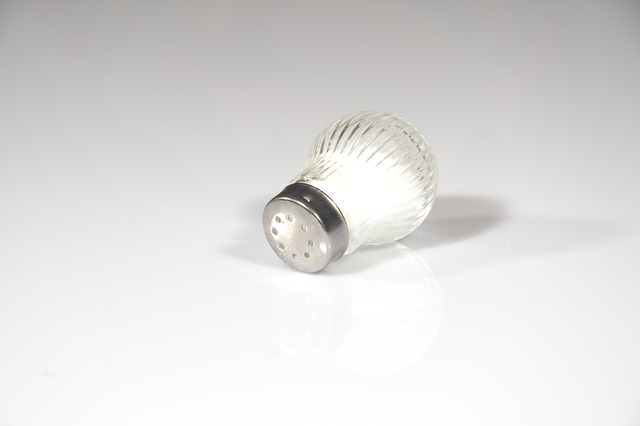 Confused about how much salt you need? Worried because the media and medicine appear to unanimously suggest that each shake of a salt shaker drives a nail into your coffin? Wondering what to do if you crave salt or feel better when you add it to your food? You are not alone. Lots of people are wondering the same things, especially the many experiencing adrenal fatigue. I hope this blog will help ease your concerns and provide more useful guidance on salt use.

Much of recent research and media coverage has focused on lowering salt intake and the harmful effects of sodium over-consumption. There has even been talk of requiring warning labels on foods containing over a certain amount of sodium. However, there is an alternate point of view based on scientific research that has been generally ignored by the media and traditional medicine. From this perspective, there can be health benefits to salting foods (within moderation) if you crave salt or notice you feel better when you add salt to your food[i] [ii]. So which position is correct? The answer is both.

An article in the August 14, 2014 issue of the New England Journal of Medicine spoke on the relationship of salt consumption and cardiovascular deaths. It reported that Americans consume about 3.5 grams of sodium daily (approximately 1½ teaspoons), slightly lower than the average global intake of 3.95 grams per day (approximately 2 teaspoons)[iii]. The article concluded that the global incidence of both hypertension and cardiovascular deaths increased once sodium consumption surpassed 2.0 grams per day.

They then theorized that a worldwide 2.3 grams/day reduction in individual sodium consumption to less than 2.0 grams/day would result in approximately 1.65 million fewer deaths annually from cardiovascular events. The authors’ rationale is that for every 2.3 grams/day reduction in sodium consumption, systolic blood pressure drops an average of 3.82 mm Hg[iv], and for every 3.82 mm Hg drop in systolic blood pressure, approximately 1.65 million lives would be saved due to the established relationship between lowering blood pressure and decreasing deaths from cardiovascular causes.

This is an impressive statistical meta-analysis-type study and worth consideration. However, keep in mind it is a theoretical rather than clinical model and the number of lives saved were only predicted, not actualized.

The study also did not take into account a number of other variables associated with hypertension, sodium consumption and cardiovascular disease, and it assumed a causal relationship of salt to cardiovascular-related deaths based primarily on only correlational evidence. It is important to keep in mind that there has never been a long-term study showing the direct relationship between sodium consumption and cardiovascular deaths[v]. The evidence has only been associative, not causal.

Studies evaluating the association between sodium intake and cardiovascular problems have been inconsistent. A number of recent studies have reported an association between low sodium intake and an increased risk of cardiovascular death[vi] [vii] [viii]. Even the recommendations for maximum daily sodium intake vary among different health organizations and groups: 2.0 grams by the World Health Organization (WHO)[ix], 2.3 grams by the United States Center for Disease Control and Prevention (CDC)[x], 1.5-2.4 grams by other studies and experts[xi] [xii] [xiii] [xiv] [xv], and 1.2- 2.4 grams by some major institutions[xvi]. In fact, the global effects of sodium consumption and the heterogeneity of these effects according to age, sex, and country have not been clearly established[xviii].

In contrast, results from the Prospective Urban Rule Epidemiology (PURE) study–involving over 156,000 people aged 35 to 70 from different socioeconomic backgrounds in 17 countries–showed the importance of considering potassium along with sodium intake, and that low potassium intake as well as high sodium intake may be dangerous to health.

In commenting on the results of the PURE study, Suzanne Oparil, editor of the New England Journal of Medicine, said, “… This large study does provide evidence that both high and low levels of sodium excretion may be associated with an increased risk of death and cardiovascular-disease outcomes, and that increasing the urinary potassium excretion counterbalances the adverse effect of high sodium excretion.

These provocative findings beg for randomized controlled outcome to compare reduced sodium intake with the usual diet. In the absence of such a trial, the results argue against reduction of dietary sodium as an isolated public health recommendation.”[xxiii] In other words, the jury is still out on whether sodium restriction should become an accepted universal recommendation as a preventive measure for cardiovascular disease.

As can be seen from the research above, there are conflicting conclusions about the health benefits of significantly lowering sodium consumption. If Americans consuming approximately 3.4 grams/day of sodium take the advice of the first study and cut their sodium intake by 2.3 grams/day, they would reduce their daily intake to 1.1 grams/day.

As some of the studies referenced above show, such a low daily sodium intake places people in the highest risk group for developing cardiovascular disease and dying of any of several cardiovascular-related causes in addition to all-cause mortality, rather than preventing it. It also ignores the tremendous influence stress and other factors play in hypertension[xxiv] [xxv], including tissue levels of nutrients such as potassium[xxvi], magnesium[xxvii] [xxviii] and niacin[xxix].

What about the people who crave salt or have adrenal fatigue? In the 1940s and earlier, physicians advised patients with low adrenal function to increase their salt intake to help with their fatigue, which was in part due to their lack of ability to retain sodium. Aldosterone, a mineralocorticoid steroid hormone produced by the adrenal glands, plays a primary role in sodium retention. I have found that patients with adrenal fatigue often find it very beneficial to add salt to their food and sometimes to their drinking water.

Water follows sodium in the body, so when mineralocorticoid levels (such as aldosterone) are low, sodium is excreted along with water resulting in salt cravings and thirst to replenish sodium and water depletion. In severe cases, I have recommended adrenal fatigue patients keep a glass of salted water (salted to taste) by their bedsides to drink first thing in the morning before rising. Doing this appears to greatly improve their ability to function in the morning.

Cortisol, another major adrenal steroid hormone, is a glucocorticoid but also acts as a mineralocorticoid. Therefore, when cortisol is low, even if aldosterone is normal, there may be insufficient sodium retention and excess potassium accumulation in the body. This creates a need for more sodium to replenish the sodium loss, rebalance the sodium/potassium ratio, and carry on sodium’s many functions. Sodium is one of the most prominent circulating cations aiding pH balance and substituting in for divalent cations, such as magnesium or calcium, when either is in short supply. When sodium is low, the natural physiological response is a salt craving to replace the lost sodium.

In adrenal fatigue, high blood pressure is not a usual concern. In fact, it is common for adrenal fatigue patients to have low blood pressure or blood pressure that stays flat or drops by 10 mmHg or more when they rise from a prone position. This is due to the mild hypovolemia and hyponatremia created by the low cortisol, and possibly low aldosterone seen in adrenal fatigue. As mentioned above, patients often find it very beneficial to salt their food and sometimes their drinking water to taste.

As long as popular opinion and research funding focus primarily on a single causal agent for such a wide-spread and complex problem as cardiovascular disease, there will continue to be lots of research dollars spent chasing a myth while the American public continues living their stressful lives–a greater cause of hypertension than sodium consumption[xxxi].

If you are eating a well-balanced, healthy diet without processed food, your desire for or lack of desire for salt will probably guide you sufficiently well in your sodium consumption. Listen to your intuition and follow it when it comes to adding or not adding salt. What is your body telling you? However, If you are sensitive to salt, as are about 6% of the population, or have existing hypertension and notice that your blood pressure rises when you take in extra sodium from food, you need to be very conscious about your salt intake and monitor it judiciously.

If you are consuming the North American average of about 3.4 grams/day of sodium, then you are generally in safe waters. You should question the recommendation of any health care professional that you lower your salt intake for health reasons, including cardiovascular disease, unless you have a genetic predisposition for sodium-dependent hypertension, your blood pressure increases with sodium intake, or you have other health reasons to limit salt intake. It would be good to discuss this issue thoroughly with your physician before blindly adopting a low sodium diet.

If you have adrenal fatigue and you have the typically low blood pressure that goes along with this syndrome, your sodium intake is likely insufficient, especially if you have salt cravings. Salt your foods to taste and see if it makes you feel better. If it does, continue doing it until it does not help anymore.

Adrenal fatigue responds well to lifestyle modifications that reduce stress and improve stress management when they are combined with dietary changes and supplements designed to help strengthen the adrenal glands, nutritionally support adrenal hormone production and balance the hypothalamus-pituitary-adrenal (HPA) axis stress response system. Once adrenal hormone production has been optimized by these measures, you will probably notice a decreased desire for salt. As this changes, continue to be guided by your taste.

Using this common sense approach, most of your worries about too much or too little salt consumption can be relegated to salting to taste, leaving the finer points to academic discussions and spirited talk among colleagues – allowing you to enjoy your food and life more completely.