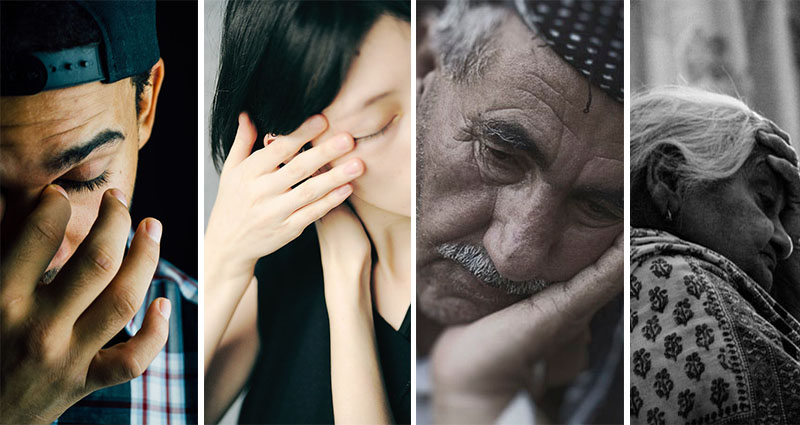 Who Can Get Adrenal Fatigue?

Anyone Can Experience Adrenal Fatigue

People from every walk of life, every culture, and every age can suffer from adrenal fatigue. The political leader, the university student, the environmentalist, the farmer, the villager in a war torn country, the Hollywood director, the factory worker on a swing shift, the medical doctor with an HMO, and the mother with more than one child and little support probably all have the factors in their lives that can lead to adrenal dysfunction, even though they lead very different lifestyles. The cost is untold in the loss of productive hours, creative ideas, sound business decisions, and other intangibles such as happiness, not to mention good health and long life.

Your Job May Be a Factor

Some professions are harder on the adrenal glands than others. If you look at insurance company actuarial tables of the mortality rates, drug abuse, and number of sick days in different professions, what you are seeing, barring physically dangerous jobs, is largely the amount of adrenal fatigue experienced in those jobs.

The medical profession is a good example of a profession prone to adrenalfatigue. Physicians, on average, die approximately 10 years younger, have higher rates of alcoholism and several times the drug addiction rates of the normal population. Typically medical students go directly to medical school from an undergraduate program.

The police force is another profession that is very hard on the adrenals. I have counseled many policemen who are on the verge of collapse because of the stress involved in their job. You might think that it is the danger these people live with day in and day out that produces the stress, but much of their stress comes from the demands placed upon them by their commanding officers. If these people are also involved in a weekly rotating shift, the stress is magnified because their bodies never have a chance to adjust to the new circadian rhythm produced by each sleep change.

People on alternating shifts with less than three weeks between shift changes are continually hammering their adrenal glands. Every time the wake/sleep cycle is altered, it takes several days to weeks to establish a normal hormonal pattern for the new wake/sleep cycle. Middle executives, secretaries, and teachers are examples of professionals who suffer from “sandwich stress.” This is stress that comes from having to meet the demands and expectations from above and below without the power or authority to make the necessary changes or to do their job effectively.

It is frequently the person in the middle who takes the blame when things go wrong but not the credit when things go right. People in this position commonly have more than their share of health
problems. They often suffer from Syndrome X (a complex of signs and symptoms that includes glucose intolerance, increased triglycerides, low HDL cholesterol, insulin resistance, hypertension, central obesity, and accelerated atherosclerosis). These disorders reflect the effects of stresses that produce elevated cortisol levels.

However, sometimes this phase is followed in time by a drop in cortisol levels to below normal, as the adrenals fatigue and are less able to respond to the stress.

The Ability To Withstand Stress Varies

One person may withstand a stress quite easily and be ready for more, but another person, or that same person at another time, may find the same stress overwhelming and impossible to bear. It is important to understand that the onset and continuation of adrenal fatigue has great individual variation. Below are some of the primary lifestyle factors that lead to adrenal fatigue. It is important to note that most of these are within your control.

Repeated stresses, no matter what their cause, make a person more prone to adrenal fatigue. The effects of stress are cumulative, even when the individual stressors are quite different. For example, you come down with a bronchial infection that has not quite cleared up when your father dies. Six months after your father’s death someone younger and newer gets the job promotion you had been expecting and, within a month, you are injured in a car accident.

The doctors are concerned by how long it is taking you to recover from the accident. They are puzzled only because they do not recognize that this series of stressors, although seemingly unrelated, has gradually depleted your adrenal reserves. Each of these separate events, emotional and physical, is an insult to your body to which your adrenal glands have had to respond. By the time the accident occurs, your adrenals have nothing left to give. Had the accident been the only major stressor, you would probably recover quickly and without incident.

Physical traumas (such as infection, physical injury, malnutrition, surgery, extreme cold, extreme heat, dehydration, exhausting physical exertion, exposure to toxic chemicals, allergies, asthma, and lack of sleep) and emotional traumas (such as divorce, separation, serious arguments, loss of a job, financial problems, injury or death of a friend or family member, and significant ridicule or humiliation) cumulatively drain your adrenal reserves, particularly if you cannot or do not do what is necessary to recover between traumas.

Poor Diet Reduces Your Adrenals’ Ability to Respond to Stress

In addition to the emotional and physical traumas that can produce hypoadrenia, there are chronic conditions or lifestyles that continually drain the adrenals or prevent them from recuperating properly after a trauma. One of the most common of these chronic factors is poor diet. For example, 62 % of North Americans do not eat even one vegetable per day. Many nutrients not found in typical fast food meals are necessary to make proper hormones in the adrenal glands. If you eat primarily pre-prepared or processed foods and not many vegetables or raw fruits, you can be sure your adrenal glands are not getting the nutrients they need to function optimally and to respond well in a crisis.

Respiratory ailments have an especially devastating effect on the adrenals. Written about in older medical literature and still seen frequently by astute physicians, adrenal fatigue is often precipitated by recurring bouts of bronchitis, pneumonia, asthma, sinusitis, or other respiratory infections.

The more severe the infections, the more frequently they occur, or the longer they last, the more likely it is that the adrenals will be over-worked. Adrenal fatigue can occur after even just one single episode of a particularly nasty infection, or it can take place over time as the adrenals are gradually fatigued by prolonged or repeated infections.If there are other concurrent stresses, such as an unhappy marriage, poor dietary habits or stressful job, the downhill ride is deeper and steeper.

Your Adrenals May Be Weak From Birth

As well as these factors of lifestyle and life events, there are also congenital differences in adrenal resiliency. Children born to mothers already suffering from adrenal fatigue and children who experience severe stress in the womb (including those given above) typically have lower adrenal function. Because of this, from birth on, they have less capacity to deal with stress in their own lives and so are more prone to adrenal fatigue throughout their lives.