Who Suffers From Adrenal Fatigue? 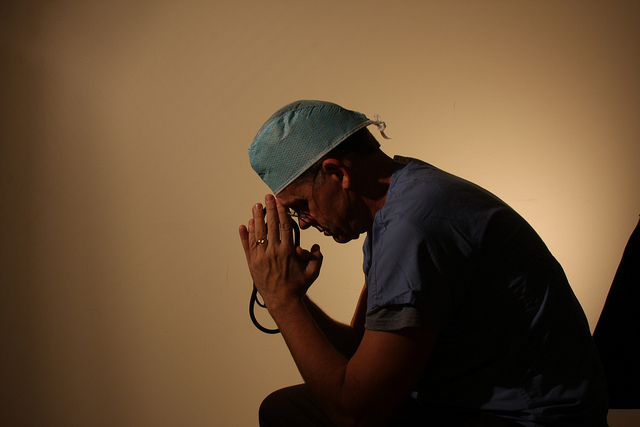 Anyone who does not get enough rest and relaxation to enjoy life, who drives him/herself constantly, who is never satisfied or is a perfectionist, who is under constant pressure (especially with few outlets for emotional release), who feels trapped or helpless, who feels overwhelmed by repeated or continuous difficulties, or who has experienced severe or chronic emotional or physical trauma or illness is probably already suffering from some degree of adrenal fatigue.

People from every walk of life, every culture, and every age can suffer from adrenal fatigue. The political leader, the university student, the homeless person, the farmer, the villager in a war torn country, the Hollywood director, the factory worker on a swing shift, the medical doctor with an HMO, and the single parent with little support probably all have the factors in their lives that can lead to adrenal dysfunction, even though they lead very different lifestyles. The cost is untold in the loss of productive hours, creative ideas, sound business decisions, and other intangibles such as happiness, not to mention good health and longevity.

Your Job May Be a Factor

Some professions are harder on the adrenal glands than others. If you look at insurance company actuarial tables of the mortality rates, drug abuse, and number of sick days in different professions, what you are seeing–barring physically dangerous jobs–is largely the amount of adrenal fatigue experienced in those jobs. The medical profession is a good example of a profession prone to adrenal fatigue. Physicians, on average, die approximately 10 years younger, have higher rates of alcoholism and several times the drug addiction rates of the rest of the population.

Typically medical students go directly to medical school from an undergraduate program. During the first two years of medical school they learn approximately 25,000 new words, staying up many late nights to do so. At the end of the four years of study, they graduate and become residents in a specialized area of study, working between 80 and 110 hours per week, sometimes under a great deal of pressure from superiors and other students. By the time they graduate and finish their residency, they are often burdened with heavy debt and feel emotionally isolated.

Over two-thirds of those who are married end up divorced by the end of their residency. Because of their experiences during their training they may feel they can trust no one. This makes work and home unsafe places to be. After residency, most new doctors move immediately into a practice. Once in practice, they frequently work long hours with little rest, sometimes resorting to amphetamines or other stimulants in order to keep going.

They often have little home life because they are working most of the time, which leads to marital dissatisfaction. Although this is a generalization and is certainly not true for every doctor, it is a description that fits many of the medical students, residents and young doctors I have worked with recently in practice. In fact, I know one doctor who, after collapsing at the end of her residency, decided to make a career of teaching professionals how to deal with stress.

The police force is another profession that is very hard on the adrenals. I have counseled many policemen who are on the verge of collapse because of the stress involved in their job. You might think that it is the danger these people live with day in and day out that produces the stress, but much of their stress comes from the demands placed upon them by their commanding officers.

If these people are also involved in a weekly rotating shift, the stress is magnified because their bodies never have a chance to adjust to the new circadian rhythm produced by each sleep change. People on alternating shifts with less than three weeks between shift changes are continually hammering their adrenal glands. Every time the wake/sleep cycle is altered, it takes several days to weeks to establish a normal hormonal pattern for the new wake/sleep cycle.

Middle executives, secretaries, and teachers are examples of professionals who suffer from “sandwich stress.” This is stress that comes from having to meet the demands and expectations from above and below without the power or authority to make the necessary changes or to do their job effectively. It is frequently the person in the middle who takes the blame when things go wrong, but not the credit when things go right.

People in this position commonly have more than their share of health problems. They often suffer from metabolic syndrome (a complex of signs and symptoms that includes glucose intolerance, increased triglycerides, low HDL cholesterol, insulin resistance, hypertension, central obesity, and accelerated atherosclerosis). These disorders reflect the effects of stresses that produce elevated cortisol levels. However, sometimes this phase is followed in time by a drop in cortisol levels to below normal, as the adrenals are less able to respond to the stress.

An important factor to remember is the ability to withstand stress varies by person. One person may withstand a stress quite easily and be ready for more, but another person, or that same person at another time, may find the same stress overwhelming and impossible to bear. It is important to understand that the onset and continuation of adrenal fatigue has great individual variation.