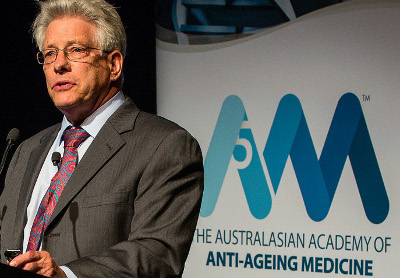 I am often asked why I formulated dietary supplements for adrenal fatigue. During my practice, the idea had been on my mind for a number of years. I saw early in my clinical work that most people suffering from adrenal fatigue need more than just lifestyle changes and alterations in their food intake. When the adrenals respond to stress, cell metabolism has to speed up, burning through many times the number of nutrients normally needed.

By the time the adrenals reach the state of adrenal fatigue, the cells have used up much of the body’s store of certain nutrients and are in desperate need of new supplies to continue to minimally function, let alone recover. Normally, good quality food is the best source of these nutrients, but once depleted, the adrenals need more than diet alone is likely to provide. I found, clinically, that supplementing with specific concentrated nutrients markedly increased my patients’ ability to strengthen adrenal function and recover their health.

I began using adrenal extract tablets with my patients with adrenal fatigue and found that they slowly improved over time, but their progress was too slow for my liking, no matter which adrenal concentrate they took. However, by combining concentrated, hormone-free extracts of the glands most involved in the stress response, we were able to achieve much better outcomes than we had using them singly.

Applying my knowledge of nutrition, I started adding specific nutrients one at a time, and through trial and error discovered that most people suffering from adrenal fatigue and similar stress related health problems need much more of some nutrients than others.

As nutrient after nutrient was added, people began responding and recovering more and more quickly, and then recovering more fully. At first, I treated each person individually, trying to determine their optimum dosage for each nutrient. Over time, though, it became apparent that most people with adrenal fatigue need the same nutrients, only varying in quantity depending upon severity. The more severe the adrenal fatigue, the more of these specific nutrients they needed to sustain themselves, function well and recover fully.

At the time, the dietary supplements on the market that focused on adrenal health lacked the clinical effectiveness I wanted and deemed necessary for my patients. To obtain adequate nutritional support for sustained improvement, it was often necessary for my patients to take 17 to 24 different supplements (60 to 80 tablets or capsules) per day – a regime that became very frustrating for both them and me to manage and maintain.

I decided to formulate a single dietary supplement and an herbal supplement specifically to support patients with adrenal fatigue. From my previous years of formulating, I knew that it is not just the individual ingredients, but how they act synergistically that produces the best and most effective supplements. Drawing on this formulating expertise, scientific research and years of clinical experience, I incorporated the ingredients that I found to be most useful for my patients in forms and proportions that enhanced their effectiveness.

The resulting supplements were Adrenal Exhaustion Formula and Herbal Adrenal Support Formula®, which I formulated while writing Adrenal Fatigue: The 21st Century Stress Syndrome and mention in the book. Through the book I wanted to help people understand the effects of stress on their bodies and adrenal glands, show them how to determine if they were experiencing adrenal fatigue, and provide a comprehensive self-help guide for recovery.

To make Herbal Adrenal Support Formula I drew on scientific research, my years of clinical experience and my formulating skills to combine four high quality, organically grown, adaptogenic herbs that each offer benefits to the stressed body. Taken together two to three times a day and once before bedtime, they help balance functioning of the hypothalamic/pituitary/adrenal (HPA) axis that regulates the stress response and adrenal activity. The result of this balance is an increased inner calmness and steadiness that allows people under stress or with adrenal fatigue to function on a more even keel during the day and sleep more soundly at night.

Unfortunately, just before the book came out in November, 2001, the company that was to manufacture and distribute Adrenal Exhaustion Formula opted out. This was a problem as the book had already gone to press and I could not find another company to handle the supplement. To keep my commitment to the people who would read and use my book, I decided to produce it myself. After considerable searching, I found a small company willing to manufacture 200 bottles of Adrenal Exhaustion Formula at a time.

When I saw that these were selling, I realized that this formula was meeting a real need, and I began to look at what more I could do to create and provide the best products and program that would allow doctors to deal effectively with adrenal fatigue and help the many people who suffered needlessly from it.

I decided to split Adrenal Exhaustion Formula into two supplements: a nutrient formula and a glandular. This would make it easier to adapt to individual requirements. Some people experiencing the effects of stress only need nutritional support, and proper nutritional support will keep them from slipping into adrenal fatigue. Whereas people who have already developed adrenal fatigue would get the most benefit from the glandular extract component of the product plus the nutrient portion. Eventually, the Adrenal Exhaustion Formula split it into 2 products: Adrenal Rebuilder® and Super Adrenal Stress Formula®.

Adrenal Rebuilder contains concentrated glandular extracts, processed to have their hormones removed, that provide bioavailable building blocks to strengthen structure and vitalize function at a fundamental level in the adrenals, hypothalamus, pituitary and gonads – the main endocrine glands involved in the stress response. The glandular extracts work so deeply that it usually takes several weeks, or even months, to notice their effects, but these effects are profound and form the foundation for lasting results.

Super Adrenal Stress Formula contains specific nutrients required in adrenal hormone production and needed by cells throughout the body to maintain healthy function and recover when under stress. The actions of these nutrients are much quicker to produce effects and people tend to notice a difference within a few days.

I found the two formulas together worked beautifully for adrenal fatigue, and Super Adrenal Stress Formula soon proved to be a stand-alone supplement that supported people under stress better than anything else I had ever used. Observing their effects, I began to refer to Adrenal Rebuilder as the “mechanic” and Super Adrenal Stress Formula as the “accelerator” for the adrenals.

People started writing and calling to tell us how much they were benefitting from these two products, and this became the most important reason, to me, for forming a company that could continue and expand this work. I realized that if we did not, there was nowhere else people could get products that worked like these. Since I had seen the suffering of people experiencing stress disorders and adrenal fatigue for many years, I became even more committed to establishing a successful company that would never compromise on quality or effectiveness.

I wanted people to be able to always count on us to provide them with products that worked harmoniously with the processes of their bodies to maintain and noticeably reinvigorate their health. It was – and is – important to me to help as many people as possible to once again be in balance and know sustainable health, regardless of how long they have experienced the discouragement of struggling alone with adrenal fatigue or related health problems.

As I began looking at what else I could do to support this rapidly growing group of stressed people, I noticed an interesting paradox. The adrenal glands use more vitamin C per cell than any other organ or gland in the body, especially during stress, but people with adrenal fatigue are mildly acidic and vitamin C is acidic in its most common ascorbic acid form.

The adrenals do not need more acid, but they do need more vitamin C. The resulting supplement, Adrenal C Formula, is the complete stress vitamin C that I mention in the book and has proved to also be a superior vitamin C that can be taken by anyone. People soon began reporting another advantage – it did not burn their stomachs like other vitamin C supplements had. Some said it was the only form of vitamin C they could take, and took it even though they did not have adrenal fatigue. This was welcome, but unexpected.

As I reviewed the supplements, it struck me that both the Super Adrenal Stress Formula and Adrenal C Formula contained water soluble vitamins. When a large amount of water soluble vitamins are consumed at once, the body spills the excess out into the urine and sweat. This elimination happens as a reflex response, often before the cells can absorb as much of these nutrients as they may need. We developed an integrated sustained release mechanism that allowed the nutrients to be absorbed gradually over four to five hours and the caplet to retain its sustained release properties even when it was cut into smaller pieces (as some people liked to do). It was more expensive to manufacture and took more work to develop, but was worth it because we now had two products that facilitated better cell saturation for optimal availability and performance.

As I worked with various people taking these supplements, I developed protocols for their combined use that maximizes their therapeutic value, and codified these protocols as my Program for Adrenal Fatigue. This program, accompanied by the lifestyle improvements and dietary changes described in detail in the book, has been the best way I have found to help people with adrenal fatigue. The benefits of strong, healthy adrenals include steady energy, sound sleep, responsive immune function, hormonal balance, the ability to concentrate, and the ability to handle and rebound from stress.

For more than 20 years in my practice, I witnessed the impact of helping people recover from adrenal fatigue on many levels. My intention with these formulas was to provide an effective, easier way for people experiencing adrenal fatigue and stress to receive the highest quality, targeted nutritional support on a deep, revitalizing level. I continue to pursue this mission through educating health care professionals and developing equally unique and effective formulas targeted to areas of health adversely affected by stress, such as blood sugar balance and immune function.